The Europeans can’t kick their dependence on Iran’s economy even when the latter plans attacks on its soil. 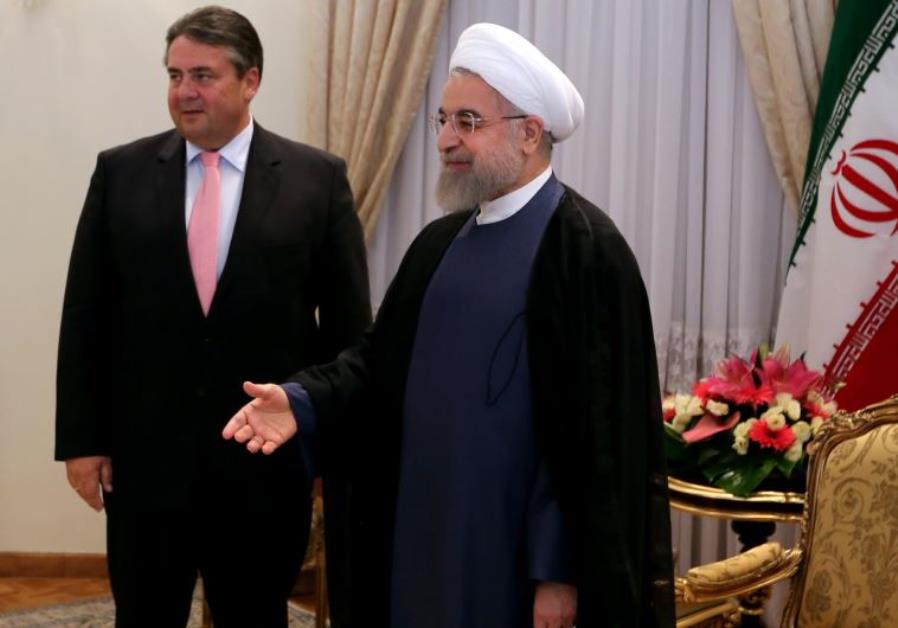 The recent decision by the British government to finally outlaw all factions of the Hezbollah terrorist organization is an important, long-overdue step for states determined to confront escalating Iranian-sponsored terrorism that has spread to Europe. Until now, the UK, like the rest of the European Union, had allowed itself to maintain a fiction that provided a certificate of kashrut to the Shia group’s political wing, while it held some of its instrumentalities and military wing to be trayf terrorist entities.

Citing Hezbollah’s dangerous involvement in several regional civil wars, Home Secretary Sajid Javid decided England would no longer close its eyes to the terrorist group “continuing in its attempts to destabilize the fragile situation in the Middle East,” and could no longer agree to artificially distinguish between its interrelated factions. The UK’s cold turkey plunge, fully designating Hezbollah a terrorist group, practically means that supporting the organization could now land an individual in a British prison for 10 years.

Unfortunately, neither Germany, Italy, Belgium nor the EU – which still labels Hezbollah as a legitimate political organization, even as it threatens Israel’s annihilation and carries out atrocities in Syria and Yemen – have shown any inclination to follow the UK’s lead of weaning itself off its Iranian addiction. Tragically, Brussels will continue to allow this Iranian terrorist proxy to operate on its soil and raise funds there as well. The EU’s dangerously misguided Hezbollah policy, bifurcating the group into terrorist and non-terrorist designations, is designed to allow the Europeans to maintain warm relations with Tehran, which was until recently the bloc’s largest supplier of oil, while ignoring Hezbollah’s brutal takeover of the Lebanese government, its aggression across the Middle East, its stockpiling of hundreds of thousands of rockets, and its terror tunneling.

The recent scandal that erupted in Germany over President Frank Walter-Steinmeier’s congratulatory telegram to Iran’s mullah regime, in honor of the 40th anniversary of the Islamic revolution, further underscores just how low Berlin will sink to maintain Tehran’s good will. Steinmeier blessed the Iranian government, praised its bilateral relations, and assured it that Germany was doing everything in its power to guarantee that the nuclear deal remained alive. The mass circulated Bild newspaper sharply criticized the pandering telegram, noting, “Mass executions and torture; the brutal persecution of women, minorities, and the opposition; the installation of an Islamist terror state that threatens to annihilate Israel, that covers the Middle East with its militias, and that denies the Holocaust. All of this started in Iran on 11 February, 1979, the day of the ‘Islamic Revolution,’ when the mullahs seized power in Tehran.”

Germany’s and the EU’s chronic Iranian dependence – putting its economic ties with an outlaw regime above its concern for the safety and survival of other allied countries – is nothing new. Since the United States withdrew from the Nuclear Deal and reimposed sanctions, the EU has tirelessly sought out every outlandish possibility in its quest to institute a “special purpose vehicle” which would allow Tehran to continue commercial activities with Europe while evading America’s economic penalties.

WHAT IS SHOCKING, however, is Europe’s willingness to ignore Iran and Hezbollah’s increased efforts to perpetrate terrorist attacks on its own soil. Tehran believes it can carry these out with impunity, while the EU is restrained politically from striking back.

These include the massacre of five Israeli tourists and their driver in Bulgaria in July 2012; the attempt by Hezbollah to carry out another attack the same month in Cyprus; the murder of two Iranian opposition members in the Netherlands in 2015 and 2017; and last year’s attempts to bomb an Iranian opposition rally in France and to assassinate an opposition member in Denmark.  Faced with solid proof of Tehran’s hand in these attacks, the EU barely retaliated, preferring instead to sweep these incidents under the Persian rug.

Perhaps, the UK’s new policy is tied to Brexit that Theresa May is attempting to implement, and London’s growing need for closer economic and political ties with the administration of US President Donald Trump. Maybe it is the first sign of England’s distancing itself from its fellow Europeans and establishing its own independent and bold foreign policy.

What seems unlikely, however, is the chance that the coddling EU leadership will act to follow Britain’s lead anytime soon. Instead, they’ll continue to play the deadly game of providing the Shia terrorist group with legitimacy, while ignoring the murderous mayhem it perpetrates wherever it treads.

Israel needs to seize this opportunity, with a weakened EU, and draw its own line in the sand. We must impress upon the Europeans that in the wake of Hezbollah’s war crimes in Syria, its stockpiling of missiles and its efforts to tunnel into our northern communities, we will no longer accept Brussels enabling the terrorists to raise funds and target our civilian cities.

The EU should be provided an Israeli ultimatum: either side with our most dangerous enemies who threaten us daily with genocide, or side with the stable Jewish state. Our new Sunni friends should be deputized to deliver the exact same, unbending message. Its long past time that Europe needs to be compelled to go cold turkey and shake the Hezbollah monkey off its back.

The writer is a civil rights attorney and president of Shurat HaDin-Israel Law Center.